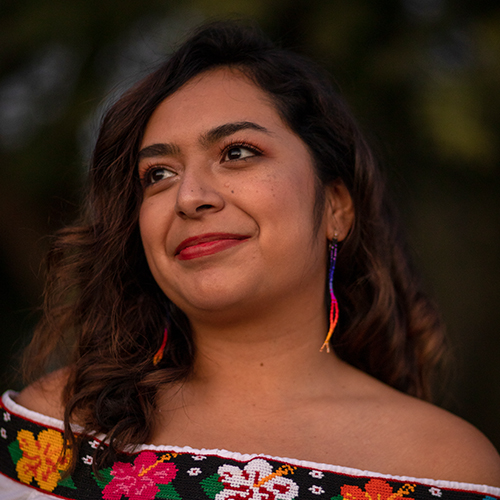 As a woman of color in Arizona, her experience with racist and sexist policies drew her towards a personal and professional life in politics and advocacy.

Vianey studied Political Science, International Relations and French at Arizona State University. After graduation, she joined Fred Duval’s Arizona gubernatorial campaign as a communications staffer. Vianey has worked with Mountain Park Health Center, where she focused on telling the story of patients and their access to healthcare.

While serving in the nonprofit sector, she was an active participant in multiple grassroots campaigns, including defending reproductive rights with Planned Parenthood AZ and taking racist Sheriff Arpaio out of office with the Bazta Arpaio efforts.

In 2018, she became the Spanish Media Director for David Garcia’s gubernatorial campaign, and worked on State House Representative Raquel Teran’s campaign for Arizona State House. Later in the year, she became a communications consultant for Carlos Garcia’s successful City of Phoenix Council campaign. With a strong belief in reflective democracy, people power and electing bold leaders to office, Vianey is happy to be part of the team at Chispa Arizona.

Vianey’s passion includes holding politicians accountable, fighting for climate and social justice, and lifting up the leadership of women of color across the movement.